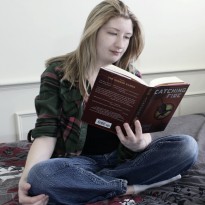 I Wish I Could, but I'm Reading

Isle of the Lost 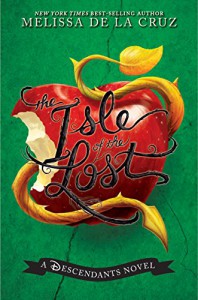 I read this book since I saw the movie this past summer, and I enjoyed it. There's a few differences, which I didn't like for consistency reasons, but overall, good book and I can't wait for the sequel to come out this May :)

I actually did a review of this book on my blog, which can be found here
Tweet

The Future of Us 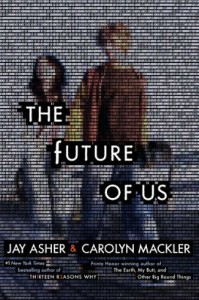 You can read my full review on my blog - The Kiwi Kritique.

I did like this book, but it's nothing that I'd read again and I know for sure the character's will be well forgotten once I'm done writing this review. It's not the best book I've ever read, but that's just my opinion. Someone else may totally love it...

After all, I can't judge for everyone. 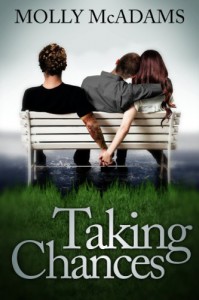 I'm a sucker for love triangles, though I usually tend to dislike one of the people caught in said triangle, that wasn't the case for this book. I adored both Chase and Brandon from the start, even tough Chase is the type of guy I would never go for either, just as Harper thought at first. However, the way both Chase and Brandon were protective of her and were willing to fight for her was adorable and I couldn't help but feel bad for Chase when he kept saying he wasn't good enough for her. I can't say I didn't like Harper because I can relate to her in a way. I definitely wasn't as sheltered as her growing up, I did attend public schools and I did have one boyfriend in high school, but as far as a general lack of dating experience and knowing how to really be a girl (as I myself was always "one of the guys") I can definitely relate. So liking all three of the characters in the love triangle was no problem at all.

Now the story itself, well, that's a different story. I loved it and hated parts of it, despite my 5-star rating. First, I can't relate to how someone can be in love with more than one person, but then again, I've never really been in love so I guess I'm not the best person to judge. In addition to that, I also don't understand the whole concept of basically falling in love at first sight, like what happened to these characters, especially Harper falling in love with both Chase and Brandon at once. Again, since this has never happened to me I'm not the best person to judge that falling in love at first sight can or cannot happen, but I will say I really don't know how it's possible to fall in love with TWO people right after meeting them. Now, I was ecstatic when Harper and Brandon got together because of how much I really loved Brandon's character. Despite his rough exterior, he was a soft teddy bear inside and treated Harper with such gentleness that it just made me gush. Don't get me wrong, I loved the way Chase was with Harper later on in the story as well, but he could be a little intense at times.

So maybe I can grasp the idea of being in love with two people at once, but the element I cannot forgive in this story is when Harper cheats on Brandon and experiences her first time with Chase. No excuse, even if it did add a twist into the story (and I am a sucker for plot twists). That's just my personal opinion based on my beliefs and upbringing, but I'm pretty sure most people feel the same way about cheating... there's no real excuse for it, ever. Especially when while going into the act Harper was thinking how maybe it was "meant to happen with Chase and not Brandon" ... I'm sorry, just no. If it was truly meant to happen with Chase, something would've happened to break up Harper and Brandon BEFORE she slept with Chase. Then after that, she goes back to Brandon and leaves Chase in the dust until she ends up finding out she's pregnant with Chase's baby.

And don't even get me started on the whole Trish/Chase bit where he is totally oblivious to Trish's advances and ends up ruining it all for Harper and Chase. First of all, after what happened with Amanda and Brandon, you'd think Harper would've learned to check the facts and listen to both sides of the story before jumping to conclusions. It was just heartbreaking that this entire bit ended with Chase's death, though I do love how he was honored with Harper and Brandon naming the child after him and that Brandon treated Liam Chase as though he were his own kid and planned to be sure that Liam knew about his real dad. Let's not forget the way that Brandon ended up forgiving her for the cheating, even though it had to be hard, but that just added to his character and made me love him even more.

So the part that remains is the addition of Jason Carter admitting his love for Harper.. I'm sorry, but that wasn't needed at all. Plus, it just goes against my strong belief that guys and girls can be best friends without their being something more to it. Seriously, just because a guy and girl are close doesn't mean there has to be something more lingering between them. I'm not saying there might not be a crush in the time that they're friends, but does it always have to end with an unrequited love or both of them falling in love? No, it doesn't. However, I was happy that Carter was able to move on from Harper and that they had become friends again.

Despite all my different dislikes about this book, I know that those were all the elements that added to making this a good book and worthy of 5-stars. Just because I, or someone else, doesn't like or agree with parts of the plot doesn't mean it's not a great read. It's literally an emotional roller-coaster and if a book that includes a love triangle doesn't do that to a person, then it can't be that good. I personally read it within 24 hours because I couldn't stop turning the page and if a book keeps me reading and reading without stopping, then I definitely know it's a good book. So yes, I would recommend this book to other fans of love triangles because it was a good read.
Tweet 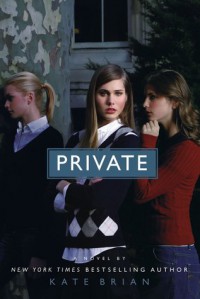 I fell in love with this book (and all those that followed) right from the start! The plot was very original and being a Connecticut native, I loved that it took place in Easton, CT. There was never a dull moment while reading, I always kept wanting to turn the page to see what would happen next. I would even read an entire one in a day if I had the time! The characters (good and bad) all found a way into my heart and I grew attached to all of them. This book series has definitely been one of my favorites! I would definitely recommend this series to any book lover!
Tweet

The Game of Lives
James Dashner